Sandra's 2020 Interview at the Creativity&Culture Conference on Presence.

Check out the interview with Sandra in  Idaho Family Magazine

are playing at venue near you! Find our more about their original music and their performances at

And purchase their CD "Let Go"

on CD Baby, iTunes or

and the team at

have been working on some amazing new projects; features, documentaries, and shorts.   Check out the upcoming projects at miraclefilmgroup.com 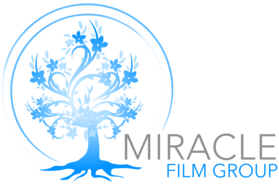 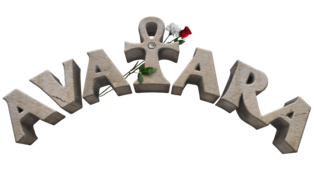 Throughout a professional career of more than 30 years, Sandra Cavanaugh has worked extensively as a writer, director, actress, speaker, singer/songwriter, coach, filmmaker, consultant and educator. 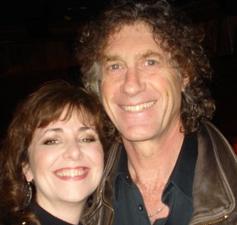 For 30 years, Sandra has taught, Acting, Voice, Movement, Improvisation,  Imagination and Spontaneity, Shakespeare, Playwriting, Screenwriting, Arts Management and Directing at universities and conservatories across the country. She has served on the faculty of The University of Utah - Professional Actor Training Program, Portland Actors Conservatory, Clackamas College, The University of Iowa, The New Heritage Studio, The National Shakespeare Conservatory, Boise State University, and Portland State University, among others.  She has served as an administrator, developed and written curriculum, and coached teachers on the art of teaching. In addition Sandra has worked extensively with at-risk children and children with disabilities and has done numerous residencies in grade schools, jr. highs and high schools in the Idaho State Dept of Ed, as well as MESD in Oregon, Iowa City public schools, and school districts in Utah, California, and New York as well as many others. Currently, Sandra teaches acting, playwriting, screenwriting, voice and speech, and improv to private clients as well as holding residencies working with children with cognitive and emotional disabilities.

As a creative business consultant Sandra uses her proprietary methods to enhance productivity and innovation, through imagination, creativity, collaboration and compassion.  As a non profit development consultant, Sandra works with management, boards, and staff to develop comprehensive plans for marketing and branding, fundraising, mission/vision development, and strategic goal setting. Sandra also consults with public and private agencies to develop scenario based training solutions for social workers, medical professionals, lawyers, and law enforcement officers and others.

Sandra has directed more that 100 professional theatrical productions from Shakespeare to Neil Simon. She has also written and directed numerous projects for youth, including award winning interactive touring productions and unique large-scale theatrical experiences for audiences of up to 10,000 people.  After decades of directing for the stage, in recent years Sandra has begun directing independent film. Her feature film “AVATARA” is currently in post production.  Sandra’s feature length screenplay Fault Line (Best Screenplay Austin Revolution FF) is in development with Miracle Film Group and she is currently writing her next feature RESIDUUM.

Sandra has written thirty-five plays (full-length, one acts, educational, and children's plays) that have been produced in regional, university, and community theatres, across the country. Sandra’s innovative and interactive “RESPONSE” plays, toured Idaho school’s for 7 years through the State Dept of Ed. and won the Idaho Governor’s Brightest Stars Award in 2006.  A collection of her children’s plays ‘The Ohana Plays’ are being published next year.  She also writes scripts for film, tv, video, and radio. Sandra's feature length screenplay Fault Line won Best Feature Screenplay at  The  2015 Austin Revolution Film Festival.  Sandra is a member of both the Writers Guild of America West and the Dramatists Guild.

A singer/songwriter, Sandra performs regularly throughout the Treasure Valley and beyond in a Jazz and Blues duo with her partner Rex Miller. Rex and Sandra released an album of original inspirational songs called “Let Go” in 2013 " which is available on iTunes & Amazon. They are set to release a CD of meditations in 2019 as well as another CD of their original music. They are currently working together on the score for Sandra’s independent feature film “AVATARA.

Currently the CEO of Miracle Film Group, Sandra served as the founding artistic director of The New Heritage Theatre Co (Idaho’s Premiere Resident Professional Rep Company) from 1997-2007 during which time she received multiple educational, community service, and artistic awards. In 2007 Sandra was a founding partner in Dramatic Entertainment which later became Silverdraft Studios, where she helped create Mobileviz, a visualization and virtual production suite, providing some of the most advanced film technology ever introduced to the entertainment industry.  Additionally Sandra was an Executive Producer at All Spirit Media, as well as the Executive Artistic Director of The Open Space event venue in Eagle, Idaho.

In 2011 Sandra was named one of the Idaho Business Review’s, Business Women of the Year.   She has served as President of the Board of A New Beginning Adoption Agency, as Vice Chair of The Meridian Arts Commission, and has served on the board of Idaho Parents Unlimited Creative Access Art Center - Artists Advisory Board, The Meridian Mayor’s Anti Drug Coalition, Community Youth Development, The Aquarium of Boise, The Regional Council on Children’s Mental Health, and The Northwest Playwrights Guild.

Sandra is also the single mother of 4 daughters.  Adoption, children, and families are central passions for Sandra.  Sandra has developed many innovative programs for children with mental, emotional, and developmental disabilities, children in foster care and parents and educators of children with behavioral disabilities.  Sandra is a passionate advocate for adoption, children's rights, mental health, parenting and children's creativity.

Sandra holds an MFA in Directing from the University of Iowa, where she was an Iowa Center for the Arts Fellow and a member of the prestigious Iowa Playwrights Workshop.  Sandra is a graduate of The National Shakespeare Conservatory as well as The National Theatre Of Great Britain's Pilot Acting Program. She received her bachelor's degree in Theatre from Boise State University. 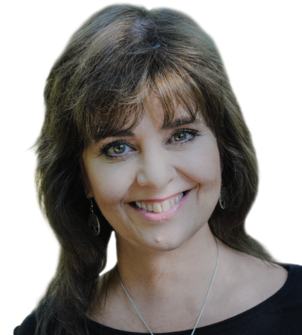 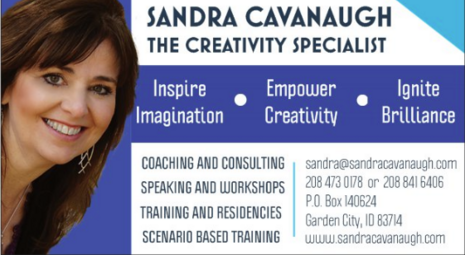