Directing professionally for the stage since 1983, Sandra has directed everything from Shakespeare to Neil Simon.  Being a playwright herself, Sandra loves to develop new works.  A skilled improvisor, Sandra has directed many unique interactive productions that combine scripted text with improvisation.  Sandra's expertise in directing has led her to direct many large scale theatrical productions for organizations and corporations.  Sandra has also directed interactive murder mysteries, children's plays and touring educational shows.

Sandra has directed many commercials and industrial videos over the past two decades, but it was not until 2013 that she began directing feature film and feature length documentaries.  Now as CEO of Miracle Film Group, Sandra is directing numerous film and video projects. 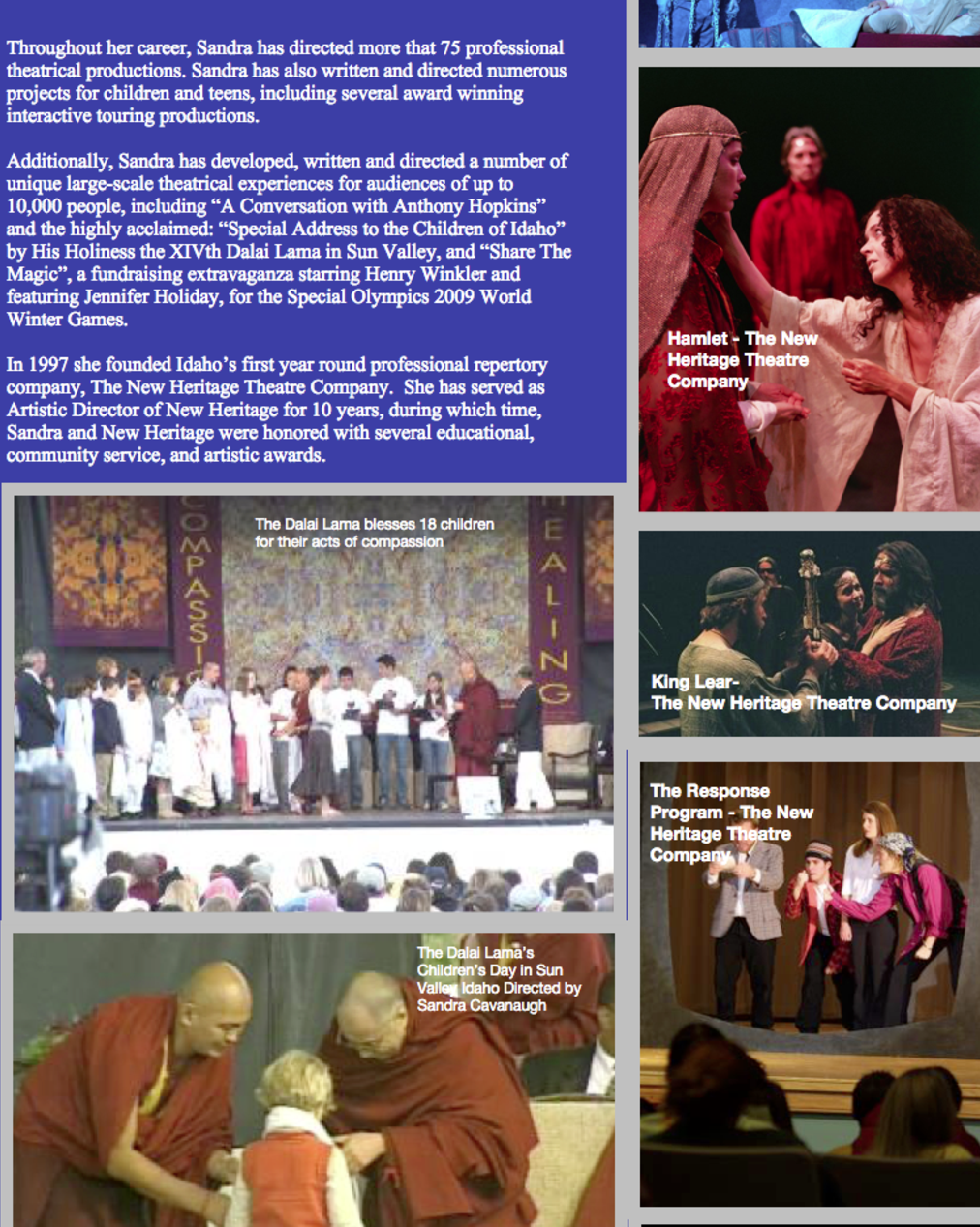 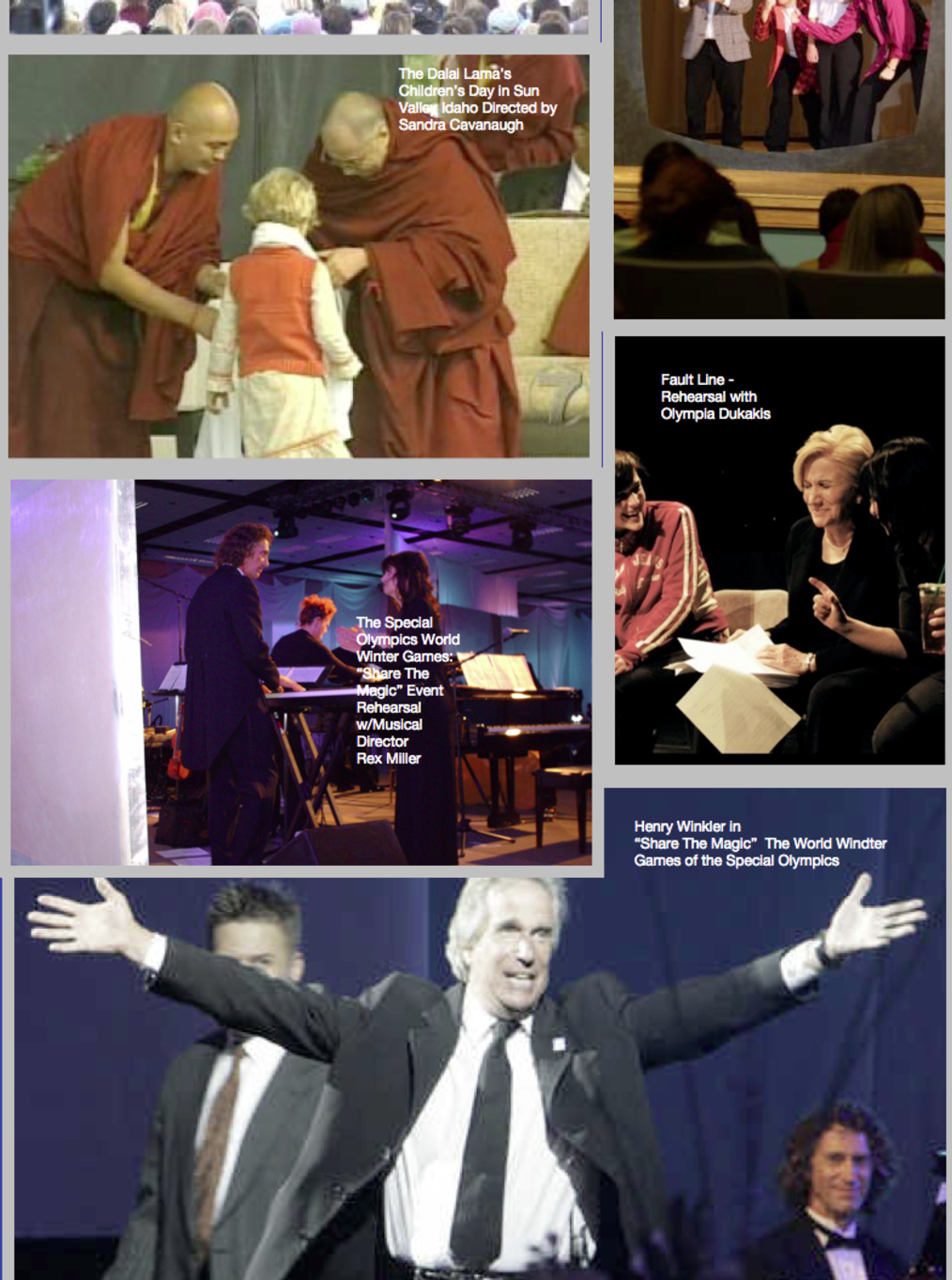 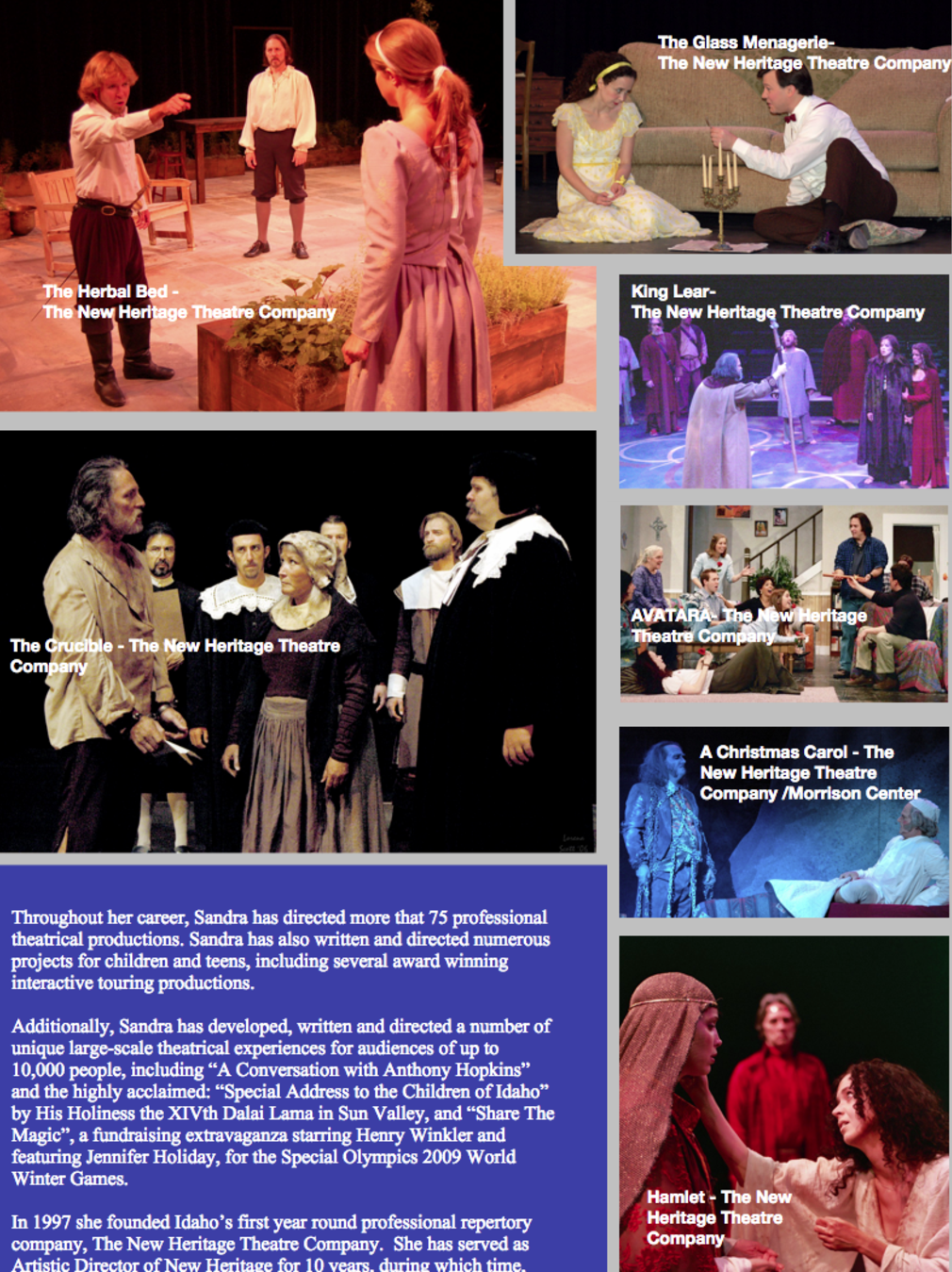 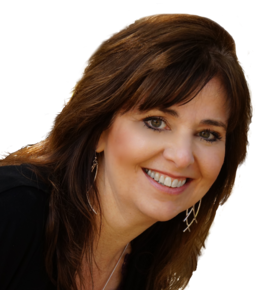